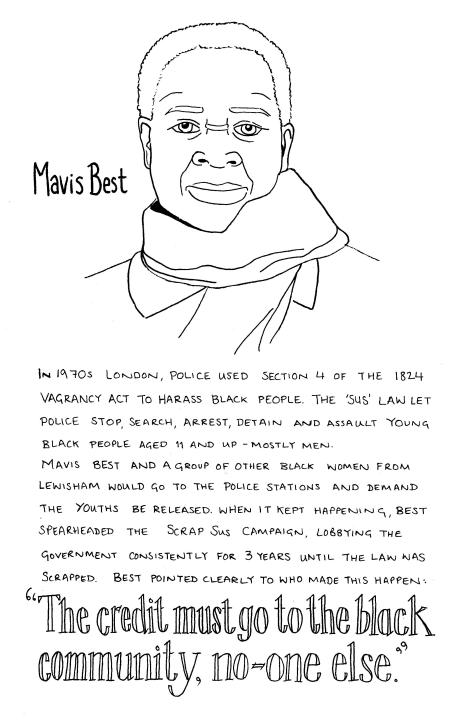 Mavis Best and a group of other black women from Lewisham would go to the police stations and demand the youths be released. When it kept happening, Best spearheaded the Scrap Sus Campaign, lobbying the government consistently for 3 years until the law was scrapped. Best pointed clearly to who made this happen:

“The credit must go to the black community, no-one else.”