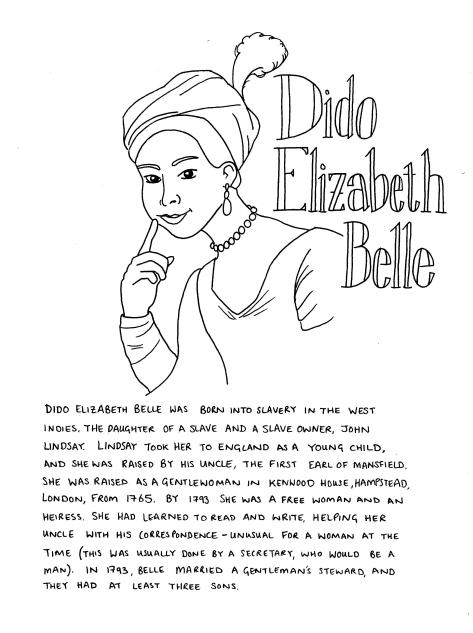 Dido Elizabeth Belle was born into slavery in the West Indies, the daughter of a slave and a slave owenr, John Lindsay. Lindsay took her to England as a young child, and she was raised by his uncle, the First Earl of Mansfield.

She was raised as a gentlewoman in Kenwood House, Hampstead, London, from 1765. By 1793 she was a free woman and an heiress. She had learned to read and write, helping her uncle with his correspondence – unusual for a woman at the time (this was usually done by a secretary, who would be a man). In 1793, Belle married a gentleman’s steward, and they had at least three sons.